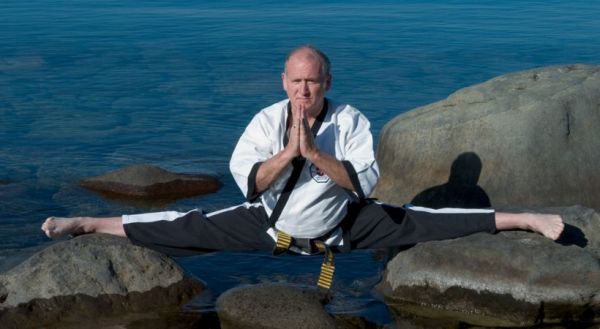 The American Cane System was developed for seniors by 8 time World Champion - Grand Cane Master Mark Shuey Sr. GM Shuey created a system for people over 40 to help individuals in all physical conditions find a method of exercise and self-defense.

One morning I could not get out of bed, my back was in such pain. After four weeks and two doctors telling me I needed to have surgery, I went to Hawaii and began my serious study of Yoga. For over four months I studied under a Yoga master. Afterward, I was healed with greater strength and flexibility than I had had in years.  I was able to achieve over 10 world titles in martial arts as a 7th degree black belt. 22 years ago I was promoted to 10th degree black belt as the Grand Master that created the Cane defense system now known as The American Cane System.  Yoga changed my life then, and at 75 years young, it continues to do so today.  I think it can changer your life too.

Whether you're interested in Yoga Play for beginners, or advanced level, or want to enter into "The American Cane System", we have products that can help.  Find instructional training videos from "Cane Fu", "Cane Ja", "Cane Chi", or "Cane Self Defense the UK Way" on our products page or click the button below to learn more about our class systems. Each training system is designed to cover specific needs.

For Information on Classes

Training in the Chuck Morris System of Tang Sao Do, Mark received his 1st degree Black Belt in 1978 under Master Harold Gross, Master Dennis ltchakawa, and Master Neil Citron.  He then began teaching martial arts in 1979. In September of 1999 he was promoted to 7th degree by the USMA and ICHF.

Mark Earned Degrees In Tang Sao Do, Tai Kwon Do, And Hapkido.

Shuey Is A Top Competitor In Martial Arts Tournaments.

On November 14th, 1998, he attended the Unified World Martial Arts Federation year end banquet, and walked away with overall Grand Champion in both weapons and forms as well as 1st place winnings in each of 4 categories: Forms Katas, Weapons, Kumite (Sparring). Within the same year, he also took the Grand Champion in Katas at the finals held in Lake Tahoe for the Golden State Karate Assoc. (GSKA) as well as taking first place in the senior weapons and traditional open. After taking the National title in senior weapons in IMAC, Shuey was also awarded Competitor of the Year by IKSA. In 1998, he was inducted into the Martial Arts Masters, Pioneers, and Legends Hall of Fame as a "Master Instructor", as well as in 1999.

In 1999, Mark reached his goal of taking NASKA's World and National, Masters Weapons Title, and IMAC's National title. For 2000 he defended his World Champion title for NASKA and won top honors in the world for the KRANE ratings. Then, in 2001, Shuey "three-peated" taking the National and World titles once again for NASKA.

The year 2000 saw Shuey inducted into the USMA Hall of Fame, as well as the prestigious World Head of Family Sokeship Hall of Fame. In 2001, he was honored by induction to the Action Martial Arts Hall of Fame, International Association of Karate, Kobudo, Puerto Rico Hall of Fame and USMA. He followed this up when he was made "Martial Arts Pioneer" that same year.

2002 saw inductions into the Universal Martial Arts HOF as Master of the Year/Weapons, World Martial Arts League in Germany honored as Grandmaster of the Year/Weapons/Cane. In 2003, GM Shuey was inducted into the Black Belt Magazine Hall of Fame as Weapons Instructor of the Year. He has continued to compete, and recently participated in the KATA WARS in Las Vegas, an even only open to those with over 100 wins under their “belt”.

Mark has been promoting tournaments in the martial arts since 1980, and has hosted many tournaments of his own. Because of his love for the Cane, his weapon of choice, he was one of the founders of "Cane Masters” and “The American Cane System”.

Although Grand Master Shuey is trained in all of the major martial arts weapons, he's completely sold on the merits of the cane. "It's the most practical weapon a martial artist, or anyone for that matter, can learn," says Shuey. "What other weapon can you carry on a plane or in a casino? Try getting nunchaku past airport security! After all, what good is learning a weapon that you can't take anywhere?" 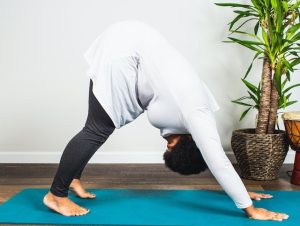 I hope your Thanksgiving was fabulous, even if you ate too much like I did. The thing with overindulging during the holiday season, is that stuffed, blah feeling. Luckily, from experience, I know several yoga poses that are the antidote to thanksgiving bloat. These yoga stretches can help your body fend off the food or… 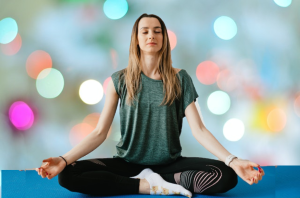 My Secret to Better Health This Holiday Season

I love a good secret, don’t you? When that secret is the difference between feeling okay and feeling GREAT, I am especially excited about sharing it. So here’s my secret to better health for the holidays:  Deep Breathing in Yoga Play at the Virtual Dojo. Oh, there’s lots more to Yoga Play, but the most… 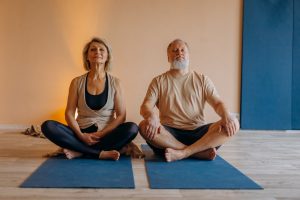 Yoga at the Virtual Dojo

Some of you may still not realize the American Cane System added Yoga classes in the schedule. Once I thought I was rather good at breathing. In a recent conversation with Grandmaster Shuey, I think I remarked that a day didn’t go by in which I didn’t breathe several times. Then Grandmaster Mark Shuey explained… 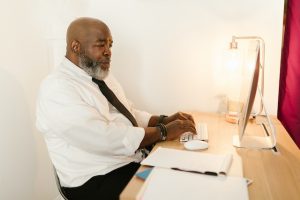 TACS is Your “Self Defense Classes Near Me” 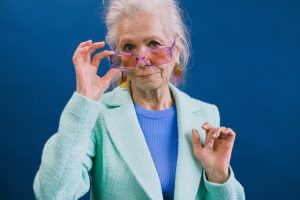 As we get older, we get a little more vulnerable, and get targeted for violence to seniors. If you are tired of being afraid, then come join the best senior self-defense program online. The American Cane System (TACS) is brilliantly designed to turn a symbol of weakness into a force to be reckoned with. Saying… 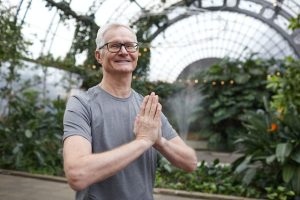 Feeling tired lately?  Has Your get up and go, just gone?  Though it seems illogical, the way to have more energy, is to spend some in exercise. We’d like to recommend TACS as a great online workout for seniors. In fact, researchers report exercise offers lots of great advantages to enjoy. And there are lots…

How to Fight the Danger of Hate Crimes Against Seniors 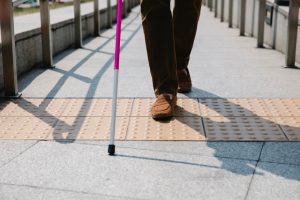 The American Cane System Training – Why You Need It 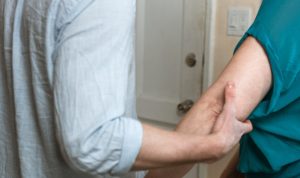 Senior Safety through training is a mission of The American Cane System. When we see it in action, we LOVE it! The other day in the store I met a woman whose fighting cane lay within reach across her shopping cart. Her cane-less walk was steady and she smiled when she saw me eyeing the… 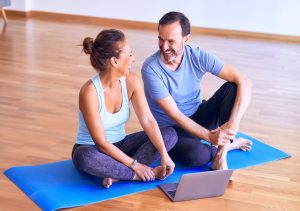 Wish you had a place to go where the workout is made for you and your age?  The American Cane System (TACS) was designed to make people who need a mobility aid more independent.  Workouts don’t have to be drudgery. The TACS exercise program is designed to be fun while it gets you moving a…

Explore All Our Classes

Thanks for subscribing! Please check your email for further instructions.

Something went wrong. Please check your entries and try again.